I had planned to write this on Monday, but I was so excited, I just couldn’t wait. Today my blog starts a new series (that will appear from time to time) where I watch a movie and record my thoughts in real time.

It started innocently enough, I found the 2014 epic Noah on Hulu.com and decided to watch it rather than brave the crowds on Black Friday. Besides it was also rainy and I live for irony.

The plan was to watch this movie and decorate our house for Christmas. I’ve uploaded a picture of our Christmas tree below…….

I had heard this movie deviates from the original Biblical account in Genesis–which it does, but I was struck by how far out there it had gone. So I began a Facebook thread to record my thoughts. As it grew longer and longer, I knew I was going to turn it into a blog, so I made the rest of my comments private. Until tonight.

Fasten your seat belts kids, this one is gonna be a bumpy watery ride!

OK, so quick synopsis for those not familiar with the traditional story of Noah from Genesis. Back in Noah’s day the world was evil and God was frustrated with mankind. So He decides He’s going to destroy the earth. Noah and his family are the only righteous ones, so God tells him to build an ark (a freakin’ huge boat), and bring in a pair of every animal on the earth. Then God sent a flood to destroy the earth, but since Noah and his family were in the boat, they were saved. In the end God sends a rainbow and a dove to Noah as a symbol of God’s promise that He’d never destroy the earth with a flood again.

So, let’s dive in (and by the end of this, you’ll probably be really sick of all the water puns, so I’m apologizing now 😉  )

Facebook Status update: Friday 5:33pm: “Movie on this rainy Friday is Noah. This may not end well. Stay tuned”

1o minutes in: Is Russell Crowe in JEANS??!! Pressing on….
15 minutes in: I’m convinced this is an historical drama based so loosely on the Bible that they didn’t feel bad when they introduced stone robots reminiscent of The Rock guy from The Never Ending Story. Also, Transformers….moving on….
15:05– Who knew Noah wore the world’s first man bun. I’ve been wondering who to blame for this trend…..
17 minutes in: Armor like they had in the dark ages in Europe. Seems legit.
17:35–I can almost see the Green Screen. I guess back then people could walk on the air?
20 minutes in: Pushing your thumb on someone’s head between the eyes, where the nose meets will quickly put the person to sleep. Will be trying this soon.
21 minutes in: All movie pottery shown courtesy of Pier 1 Imports
45 minutes in: Sure the ark isn’t done yet, but why wait? Let’s add a crap-ton of BIRDS! Psshhh!! It’ll be fine!! 😀
1:20 to go: I think I’ve seen that same cloak advertised in a past issue of J CREW
1:14 to go: I think I can guess what the director wanted in the character of Methusaleh. “Yeah, if you can make him look a cross between Anthony Hopkins and Yoda, that’d be great!”

HALF WAY MARK******
They just launched signal flares for who knows why. If it weren’t for the fact that I can never not quit something that is more than halfway completed because of stubborn-ness, I’da stopped watching when the first stone person/transformer dude appeared!

1:05 to go: Pivotal crowd running scene performed in most Biblical epics. I guess the director didn’t realize that if you unfocus your eyes, it’s obvious that some of the extras are in rain coats circa now. 😀

1:03 to go: Dang! Note to self, don’t piss off Stone People/Transformer Dudes. They have quite the brute force!
1:02:57 mark: Is it just my OCD kicking in, or does it annoy anyone else that the leader of the rebellion is wearing long hair sticking out of his shoulder just on one side?? Does his other shoulder not get cold?? Pressing on….We are almost done. 🙂

1:01:24–at this point they have completely lost focus and forgot they were making a Biblical epic, and not a Star Wars meets Transformers meets Gladiator movie.

54 minute mark: Whoa! I thought Emma Watson’s character was killed off in the ensuing mob. How did I miss that??
47 minutes to go: Ah, I mistook her for Ham’s love interest. They did look remarkably alike.
45 minutes to go: Blogger takes a break to pee and upload today’s Thank You Note Blog
The present urge was only a matter of time. The movie does primarily revolve around water….it’s science, really. Now back to the movie:

44:51–I’m PRETTY sure there were no extra human stowaways on the original ark that had ill intent….but that could actually explain ALOT!
34:40–I think I got that same scarf for Christmas 10 years ago.
15 minutes to go: It finally dawns on me who Jephath looks like. I knew he looked familiar. Of course he looks like Harry Styles of One Direction. They were doing pretty great in 2014. They also for some reason made Ham look like a member of a swash-buckling boy band.

12 to go: Emma Watson’s off the shoulder sweater….tre chic! I want it. #christmas

10:57–it just occurred to me that Emma Watson has been speaking with a heavy British accent this entire time and no one has called her on it. Weird. 😛

END CREDITS: Hey, look at that, the grandpa was played by Anthony Hopkins!

And apparently the last 10 minutes of the movie were not very note worthy.

Do you like this new series? What other movies would you want me to do? 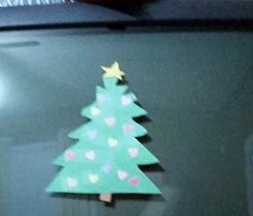 Here is our tree. When you have cats you have to get creative. Yes, I taped it to the TV, but we don’t use it, so it’s no big deal. 😀