**Disclaimer for all my international readers: Yes, after I started writing this blog, I learned that “cockerel” is a common word for a rooster in Australia, which is where the flashcards came from. This made me feel slightly relieved about the educational system in the States.

Today at work I had a child that was working on flashcards. On each card was a picture of the word, along with the spelling of the word. It also had a place where the child could trace the letters on their own. Cool right? That’s what I thought.

Then I found this card: 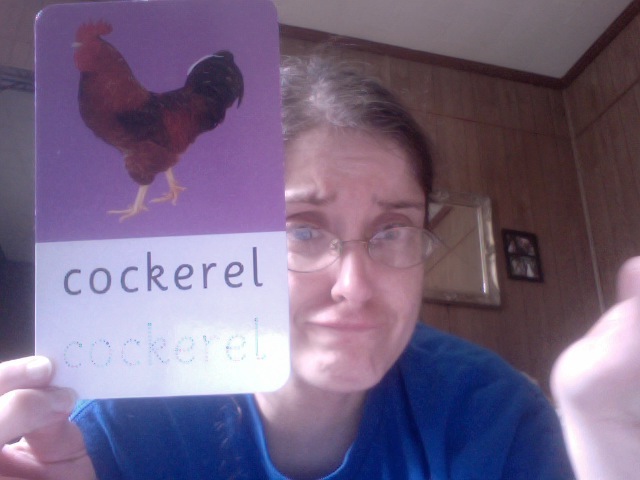 What the?? Why not just say what it is-a rooster–and get it over with?? The kid is 3. I have never heard of a rooster called a cockerel in my entire life.

I do suppose it’s a carry-over from our grand parents. They had a weird way of saying some words. Like “davenport” for couch (seriously, WHERE did THAT come from??).

I blame two things for this turn of events; of course Common Core Math and its predecessor-No Child Left Behind.

I really shouldn’t complain about No Child Left Behind, because I used to tutor kids at an NCLB center. Kindergarten through 12th grade.  But because I taught the curriculum, I feel I have merit to criticize. And one thing they did sometimes was teach kids vocabulary words that we no longer use. This resulted in a few elaborate explanations over the years. I remember one in particular:

The student in question was working on an assignment where he had a bank of pictures and a bank of words. He had to match up the pictures with the words. Most of these answers were easy to come by, one pairing tripped him up. And led to an awkward conversation.

The picture was of a low rise boot. The last choice of words were: rubbers, umbrella, banana.

Now if you were alive 30+ years ago, you know that in some parts of the country the word “rubbers” is a euphemism for galoshes or rain boots.

The term “rubbers” is also a euphemism for um, a certain form of birth control.

**Insert awkward pause upon the realization that I have to explain this….**

I explained as fast as I could. Fortunately this was the end of my shift and I was able to go home.

So, to sum up, what we’ve learned here is that 1. there are times in life where we need to use modern terminology for common items, 2. common core math is about as good an idea as root beer flavored Poptarts, and 3. a bird that awakens at the crack of dawn to squawk its head off and wake up the neighborhood is a rooster.

So I was getting Chad’s coffee ready to go to work a few days ago when I grabbed one of our new mason jars (he carries his coffee in mason jars. More on that later 😉 ). As I was filling it up, I noticed a peculiar thing. See if you can spot it in this not so great quality photo: 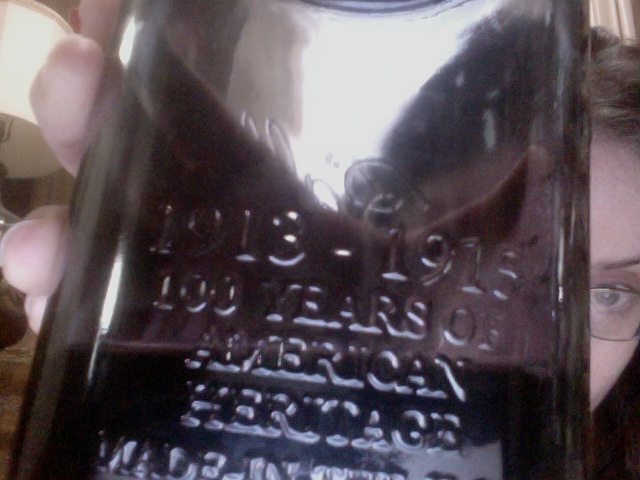 Ladies and gentlemen, THIS is what happens when we allow Common Core math into our schools!!